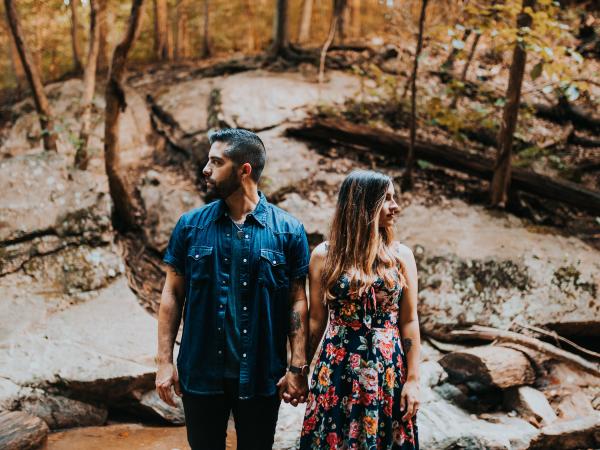 Alyssa Shouse is a singer/songwriter from Maryland who has been performing from the time she was a little girl. She got her start on youtube where she has accumulated more than 30 million views and 235,000 subscribers. At age 19, Alyssa went on her first US tour where she performed in 30 cities in just 35 days. She followed that with 5 more tours before moving to Nashville to write music. At age 21 Alyssa met her now fiancé, Charles Longoria, in Nashville through music.

Charles Longoria is a musician, producer, and videographer originally from Corpus Christi, Texas. In 2011 Charles competed in Guitar Center’s King Of Blues contest where he was a  top 5 finalist. He moved to Nashville where he became a successful touring musician traveling with many bands and artists. He also continued to pursue music production and videography.

Alyssa and Charles lived together in Nashville for 2 years before moving back to Alyssa’s home state of Maryland. They have now teamed up as a performing duo and in just their short time playing together in Maryland, they are already making an impact in the local music world. They have also teamed up on Alyssa’s YouTube channel and have recently gained over 2.5 million views on their cover of “Shallow.” Their deep love for music and beautiful daughter is what will always keep them going. With this duo, the possibilities are endless!